I am pleased to welcome you to the website of the Honorary Consul of South Africa to St. Petersburg and the Leningrad Region.

Diplomatic relations between the Russian Federation and the Republic of South Africa were established on February 28, 1992. There has been long-term cooperation between St. Petersburg and South Africa since 2001 when Cape Town, one of the most developed cities in trade and international ports, became a sister city, and in 2009 Johannesburg, the financial center of the country, joined. As the Presidents of both countries have repeatedly stressed, the relations between South Africa and Russia are strategically important.

The Office of Honorary Consul of South Africa to St. Petersburg and the Leningrad Region opened on January 30, 2020 with the goal to strengthen and develop the partnership between our countries and people.

Strong business and cultural ties between the Northwestern Region of Russia and South Africa create new opportunities for cooperation in a full range of relations: trade and investments, science and innovation, education and culture, sports and tourism.

We are always open and happy to hear your requests and constructive suggestions about the work of the Honorary Consul Office. Please feel free to send any questions and suggestions to the e-mail: saconsulate.spb@gmail.com. 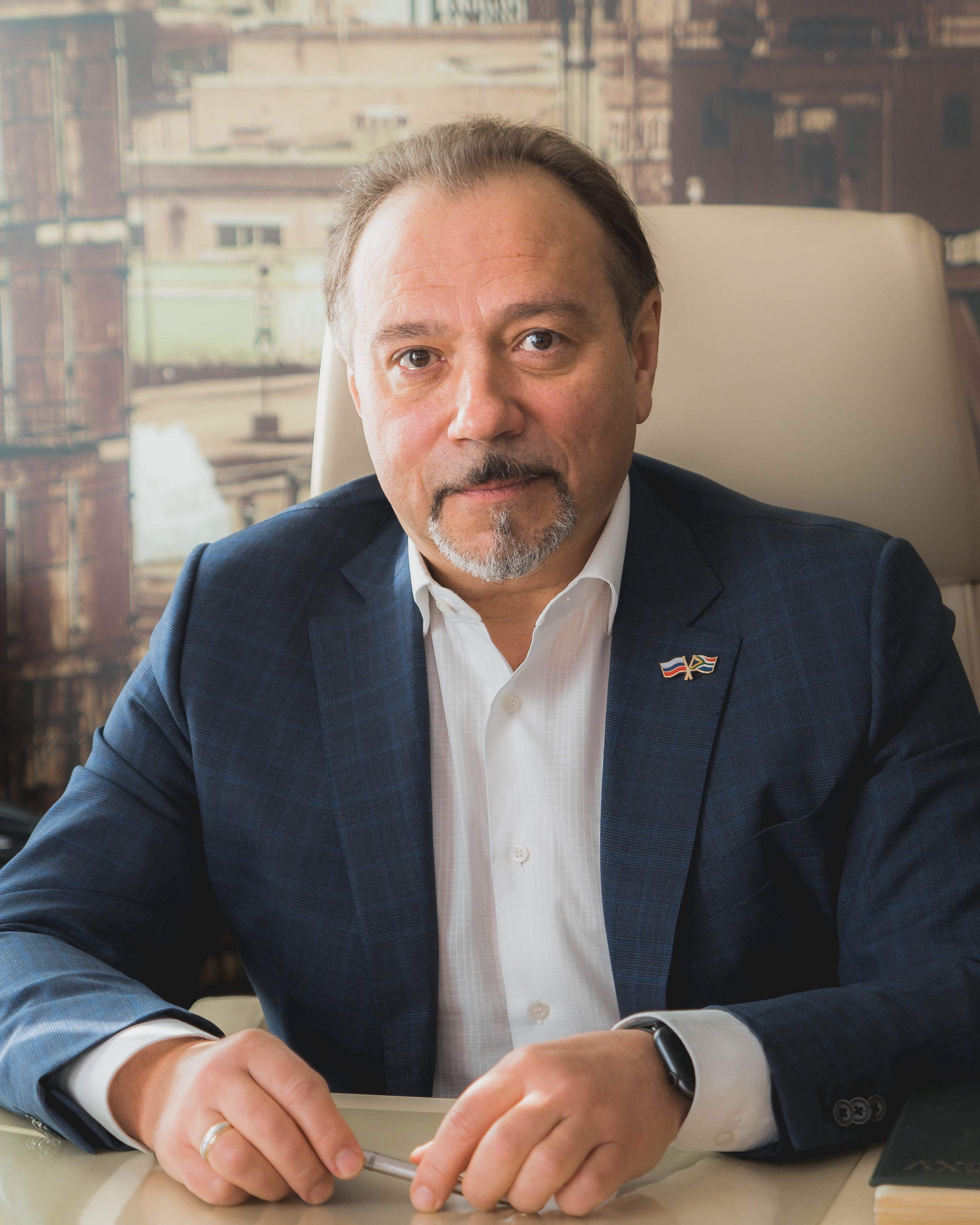 Welcome to the official page of Honorary Consul of The Republic of South Africa to St.Petersburg and Leningrad Region!

Reception by appointment only.
Please contact us by phone and e-mail.

In accordance with the agreement between the Government of the Russian Federation and the Government of the Republic of South Africa, citizens of both states are exempted from visa requirements for a period of ninety (90) days of stay in the country for tourist and business purposes.
Agreement between Russia and South Africa regarding the waiver of visa requirements. 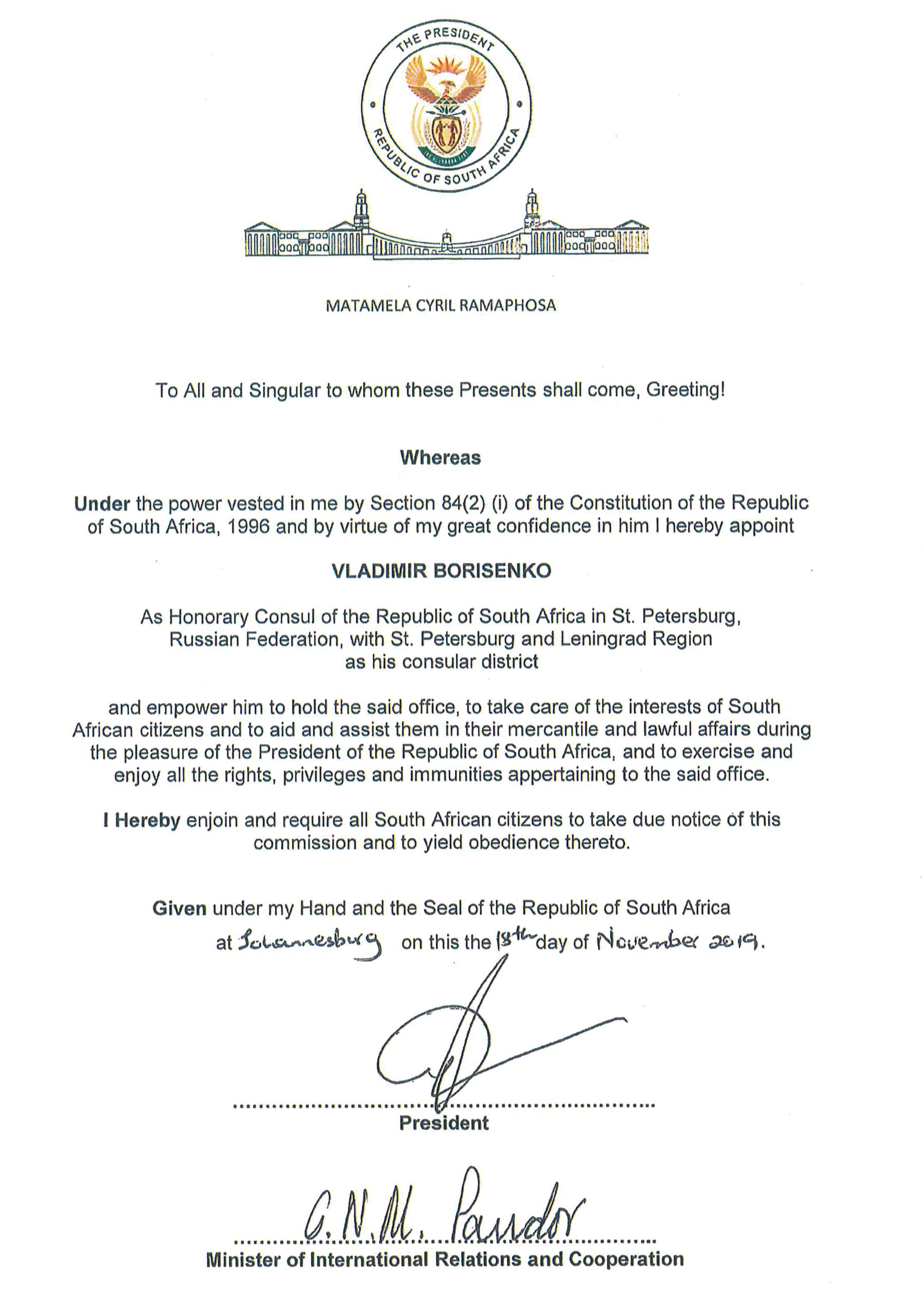 Diploma from the President of South Africa